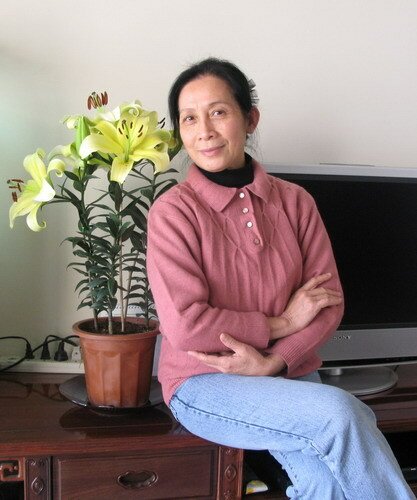 China has always been very much behind due to struggles coming from the outside (Such as the wars with Japan) as well as the struggles within the inside (The conflicts between the communist party and the nationalist party, as well as the cultural revolution). It is because of these struggles that the progression of Chinese society has been progressing at an extremely slow pace- LGBT issues included. While I had been casually surfing Youtube I had come across the story of a mother of a LGBT son named Wu Youjian (吳幼堅) whose simple story had really given me such proud feeling towards China- that the Chinese were becoming more open-minded and that there is an element of change that will eventually occur in China.

For those familiar with Chinese culture, it is quite well known that due to traditional values, the role of the son is to marry a woman and uphold the filial duty of carrying on the family lineage. With such a deep traditional mindset, this has become a basic thought and no one ever questions it. With such education from a young, homosexuals in China are commonly pushed into a corner of hiding their true identity for the sake of supposed normalcy. A common problem in China in this day and age are homosexuals that marry not out of love but due to their sense of duty and responsibility for their elders. The social problem that arises from this is that such marriage never results in true happiness for either party because both parties are suffering. The woman suffers because she doesn’t understand why her husband shows little interest in her and the man suffers because he harbors feelings for men.

In the Phoenix Network (鳳凰衛視) TV talk show “Shehui Neng Jiandu” (社會能見度) Wu Youjian, a retired editor based in Guangzhou explains that her son’s coming out of the closet gave her the feeling of responsibility for speaking out on LGBT issues in China because she understood that homosexuality is not a sickness and that LGBT people are just like their straight counterparts. With help from people, Wu has created a large presence for herself over the internet by blogging because she felt that the LGBT community in China needed a voice and needed to be heard. To further contribute to the community she often accepts interviews from different publications and television stations around Chinese to get LGBT issues heard. She has also set up the “Gay Friends Association” 同性戀親友會 to help all those who feel at despair or who want to understand LGBT issues.

Wu explained in her TV interview that there are definitely a lot of pressures that Chinese LGBT’s face and one particular case she mentioned was a guy that had reached out to her, a man who was in his mid-30s who had left his hometown to escape the nagging from his parents to get married and relocated to Guangzhou only to find himself living a life of solitude. He could not date women because he was homosexual and he didn’t date men due to the shame of his own homosexuality- essentially he was a guy in his mid-30s who had never dated before. Wu explains that such cases are quite common and that she hopes that she can empower some change. When asked about her support of gay marriage in Chinese, Wu has exerted her strong stance for it however she felt that it will be a very long time until China will embrace such matters as currently, most people do not see the necessity of gay marriage.

For those who are interested in reading Wu’s blog (Written in simplified Chinese), it can be found at the following address: http://blog.sina.com.cn/3sj. If you or someone you know is in China and feels that they need someone to talk to about LGBT issues feel free to email her (Her email is on her blog) or access her hotline (The number is also available on her blog). Despite her busy schedule, she will respond back and reach out. (I know this because I emailed her and thanked her for contributions to our community and received a response immediately)