It’s Ok To Be Gay in India 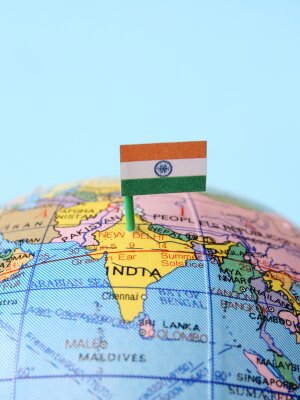 The high courts in India have overturned an archaic British colonial law that made gay sex illegal in the country. Original Reuters article:

NEW DELHI (Reuters) – An Indian court Thursday ruled gay sex was not a crime, a verdict that will bolster demands by gay and health groups that the government scrap a British colonial law which bans homosexual sex.

In a country where public hugging and kissing even among heterosexuals invites lewd remarks and sometimes beatings, gay sex has been a taboo, leaving the government unsure how conservative Indians would react if the law was repealed.

The Delhi High Court’s ruling that homosexual sex among consenting adults is not a crime is expected to boost an increasingly vocal pro-gay lobby in India that says the British-era law was a violation of human rights.

The current law bans “sex against the order of nature,” and is widely interpreted to mean homosexual sex in India.

Gay rights activists hailed the court verdict as historic and many supporters of homosexuality were seen celebrating with sweets and smearing each other with vermilion.

“We have finally entered into the 21st century,” said Anjali Gopalan, leader of Naz Foundation, a leading health and gay rights lobby.

The ruling applies to all of India, but can be appealed at the Supreme Court.

Gay rights activists also argue the law, framed in 1861, was an impediment in fighting against HIV/AIDS because many homosexuals refuse to come out in the open fearing harassment by authorities.

“Consensual sex amongst adults is legal which includes even gay sex and sex among the same sexes,” said a two-judge bench of the court. The verdict said the current law will apply in the event of sex without consent.

Petitions to change the 1861 law have so far been firmly rejected by the government but there has been some softening up on the stand in recent years, with officials saying the possibility of revoking the ban was being discussed.

Under the current law, homosexual sex is punishable by up to 10 years in jail.