Articles in the Celebrities Category 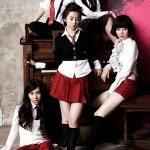 If you thought that it was only Utada and BoA having their try at the mainstream American music scene, thing again. If there’s one pop sensation to keep an eye out on, it’s definitely the Wonder Girls. The Wonder Girls are currently recycling their Korean #1 hits in the states in hopes to make it big here. Is there hope? We at TheGaysian.com definitely think so. If you don’t know who the Wonder Girls, may we suggest you go immediately now to Youtube and search for songs Tell Me (Tell … 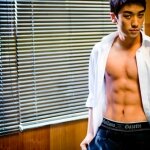 If there is a guy that has caught our attention, it is definitely Korea’s Seungri. Part of the popular boy band “Big Bang,” Seungri proves that he has tricks of his own by releasing a solo single called Strong Baby. It’s been a while since I have drooled while watching Youtube, but in this instant I think I’m quite justified. Quite a lot of sexy and hotness in the Strong Baby music video, if you haven’t seen it yet make sure to watch it! 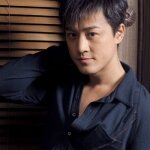 As of this moment, it’s hard to not see Raymond Lam (Chinese name: 林峰) all over Hong Kong media. Trained by the TVB Broadcasting Company in acting, Lam has found himself in many television drama works over the years but it wasn’t until last year’s television drama 溏心風暴 (Heart of Greed) and this year’s 溏心風暴之家好月圓 (Moonlight Resonance) that propelled Lam’s popularity to heights unimaginable.

Alongside with acting, Lam has also shown great talent in singing. With good packaging, production and marketing by his record company EEG, Lam has also managed to … 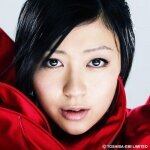 The typical gaysian usually has a huge affection for J-Pop queen Utada Hikaru. As a gaysian, you may not speak Japanese nor do you listen to a lot of J-Pop music, but chances are at one point or another you have heard Utada’s “First Love” single playing somewhere. Why is it that Utada’s music appeal so much to gaysians? Probably because, like Madonna, Utada’s style is constantly changing and she is always singing about some sort of heartbreak- a subject matter that seems all too common in the gay world.
Currently …